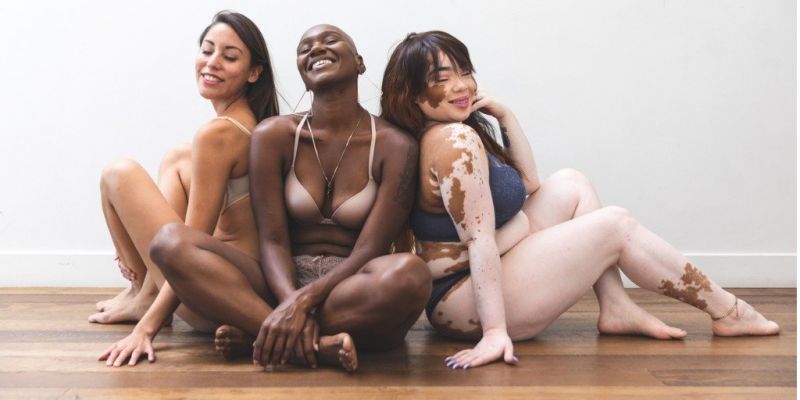 The culture medium, environment, the chemistry. Yes, not the genes. We said the genes control us. I say, No, wait. They were all exact same genes so the difference between muscle, bone and fat cells was not determined by the genes, they all had the same genes. It was determined by the environment. Now look in the mirror and what do you see back? An individual entity. You see yourself as single individual, human entity. It’s a misperception of a singleness for this reason. Here’s the true bottom line. You are made up to fifty trillion cells. Your body is a community. The cells are the living entity. When I say your name or I say Bruce, that’s a name I give to a community of fifty trillion cells. The cells again are those single living entity. Here’s the point. Jokey but fun and true. You are skin covered petri dish. Underneath your skin are fifty trillion cells growing in this petri dish.

Then what’s the growth medium? What? We’re already great on that (Previous Writings). Yeah, but if you change the chemical composition of the blood then you change the fate of the cells. That’s what I showed in the plastic dish to the cell. It doesn’t make a difference if the cells in the plastic dish or the skin dish, it’s still response to the chemical composition of the culture medium, the blood. Now, we’re coming to … Here’s the critical point. Fifty trillion cells, the fate of the cells is determined by the chemistry of the blood. Then the next question is, who’s the chemist? Who controls what chemistry’s in the blood? Is it the brain? The brain is a chemist. Yeah, but now get’s one exciting part, here it comes. What chemistry should the brain put into the blood? Ah, it’s dependent on the mind. The mind does an interpretation of the world and then through that interpretation the brain releases chemistry to coordinate you in the world that you see so that your biology is continuously being adjusted by the chemistry of the blood which is continuously changing based on your perceptions of life.

Change your perception of life, you change the chemistry and then you change the genetics. Point like this, if you close your eyes and then open them up and somebody you love is in front of your face, your brain interprets, “Ah, love.” Then the mind sees love, the brain converge that image into chemistry that matches love. It releases chemicals into the blood like Dopamine which is pleasure. Oh, yeah. There’s the one I love. I feel so much pleasure. They releases oxytocin, another chemical. That’s the one that’s bonding. Yes, that’s the one I love. That’s my partner, bonding. It releases another chemical called vasopressin which makes you attractive so that your partner goes, "Oh, I love that person. They’re so attractive.” That’s chemistry. One of the last ones is also important is when you’re in love and the mind, the brain releases what it’s called growth hormone. Growth hormone is the name it says, it’s growth of the system, maintenance of the system. So what is the result of the culture medium called blood? When the mind sees love there is a release of dopamine, oxytocin, vasopressin, growth hormone.

This is added to the chemistry and what does that do? Well, that’s a culture medium. What are those elements do? They make you healthy. How do you know? Anybody that’s fallen in love you look at them and go, Oh, look how they glow. They’re so happy in love. They’re so healthy. It’s like love makes you healthy. Yeah, because love is translated into the chemistry that goes into the culture medium that adjust the genetics. Now, let’s take the alternative view and then we got both sides to this thing. You’re there when your eyes closed but this time when you open them, not somebody you love is there, something that makes you afraid puts fear or you’re scared. Oh. My mind see something that scares me. Guess what? Love chemistry is not going to be released from the brain in fear.

When I see something I love, I want to take it in and grow. When I see something that scares me, I want to wall it off and protect myself. What’s the point? The behavior and the genetics of the cell were not controlled by the genes. That is a belief that we have heard our whole life. Genes turn on and genes turn off and control our lives and therefore, I don’t control them, they control me.

Here’s the problem, while I was doing that work forty-eight years ago, it reveal the genes did not activate themselves. The genes were controlled by the environmental information. If you change that environmental information, you change the genetic activity. Relevance? If genes control your life which is what I was teaching medical student, you’re a victim. I didn’t picked the genes, they gave me cancer, they gave me heart attacks. I had nothing to do with it. I’m a victim. The new Science almost sounds the same as the old Science because the old Science is called genetic control which means control by genes. The new Science which I saw forty-eight years ago but was only recently named in 1990s so I was twenty years before they even saw it. The new Science is called epigenetic control so it sounds the same. It’s a revolution. “Epi” means above, so when I say genetic control, I’m saying control by genes, you’re a victim of your genes. When I say epigenetic control, that’s the new Science that says control above, epi, control above the genes.