What’s the Matter with Matter? 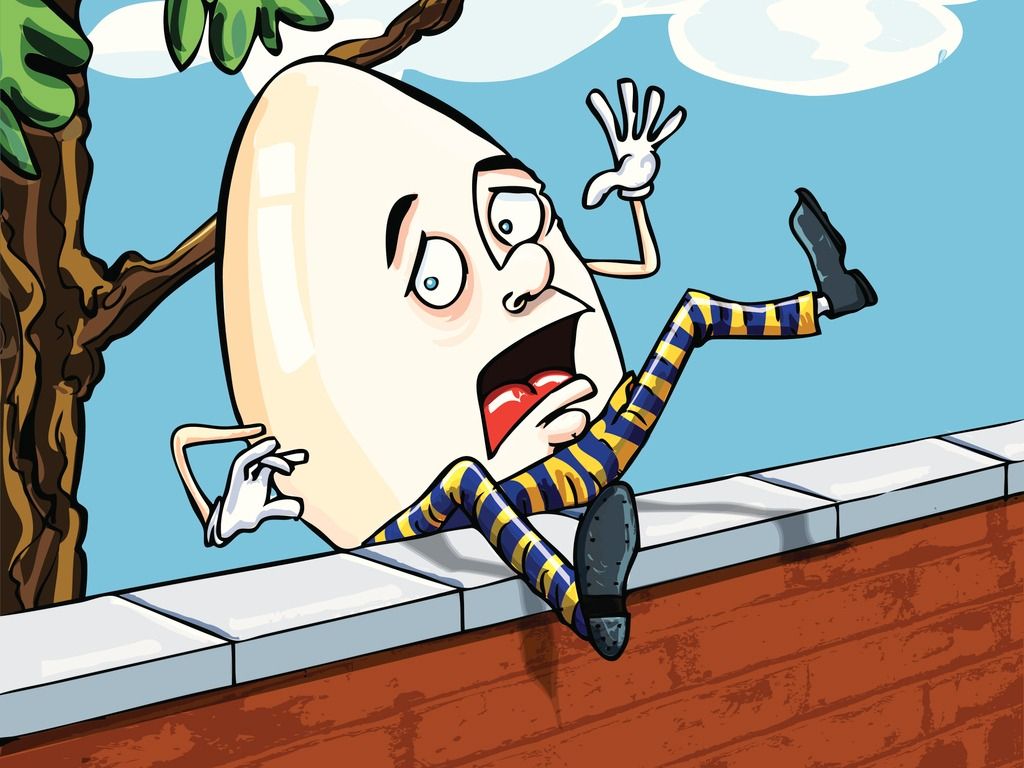 What’s the Matter with Matter?

If someone invited you to live in a world where every physical thing—granite, stars, trees, the bones in your body—lost their thingness, would you accept? The fact that things exist is very reassuring, so reassuring that we can hardly do without it. Unfortunately, this reassurance is false. We live in a world where things aren’t really things, whether we choose to or not.

Matter, the physical side of matter and energy, is one half of a duo act. We are told matter is what the universe is made of, and energy is what puts matter in motion. The dance between them constitutes the reality we inhabit, a fact so obvious that modern science relies upon it as the unquestioned basis for doing science, not to mention for leading our everyday lives.

If matter and energy are not what they seem, science could be rocked to its core—but great care is taken for this not to happen. Strangely, a nursery rhyme tells the tale. Like Humpty-Dumpty in the English nursery rhyme, physical matter—solid, tangible inert matter composed of atoms and molecules- took a great fall over a hundred year ago, when quantum mechanics demolished every one of those qualities. It is entirely inaccurate to envision the universe being built up from bits of solid matter—or bits of anything.

The ancient Greek notion that reality can be reduced to a minuscule speck of matter (the atom) was a delusion of logic, and therefore a mental construct only. In reality the elementary particles that comprise the atom have a mysterious existence. They have no measurable weight, position, or any other characteristic until they are observed. Before that, they exist as waves that extend infinitely in all directions. These waves have no properties you can assign to any solid object. They arise as ripples in the quantum field, and the entire structure of the universe is mathematically described as interference patterns among these ripples, like the pattern formed on the surface of a pond if you throw two rocks in at the same time.

The dissolution of physical matter isn’t controversial—quantum mechanics is the bedrock of modern physics--but it turned out to be intolerable for working scientists. They rely upon the reassuring nature of thingness just as much as ordinary people. Theoretically, doing away with thingness should have been the end of the story. As every child knows, all the king’s horses and all the king’s men couldn’t put Humpty-Dumpty together again. Physics, however, managed to do something more mysterious. It ignored that matter fell and broke in the first place.

The billions of dollars spent on high-energy particle accelerators shows the lengths to which jobs, budgets, and complex projects rest on an ability to ignore what quantum physics actually means. There are now eighteen basic particles, with the hope that more will be discovered in the future, dependent on building even more mega-accelerators. But when these vast machines cause a new particle to bounce out of the quantum field for a fraction of a millisecond, using huge amounts of energy to accomplish this, where is that particle really coming from?

It goes without saying that it doesn’t come from another level of matter—“elementary” means that these eighteen particles are the indivisible start of matter in the first place. The Greek notion is alive and well; it just got much, much smaller than the atom. What is harder to see is that where these particles come from, since it isn’t material, cannot have the traits of matter. This place of origin has no weight, solidity, specific location, nor does it occupy a measurable dimension. Everything you can measure (or see or feel) is a mistaken guide to where rocks, tress, stars, and the bones in your body originate.

So that daily life can go on normally, modern physics drew an arbitrary line, known as the Heisenberg cut, between the quantum domain and the everyday world. Above the line matter is as normal as ever (although Einstein’s theory of relativity put a massive crimp into our comfort with time and space). Below the line the quantum activity continues to generate matter and energy from a source that is neither matter nor energy. This domain is now essentially considered a mathematical space subject to complex equations. Few except the die-hard materialists expect this space do correlate with reality. It correlates instead with models that are also mathematical.

When the public got news of so-called “dark” matter and energy, the mystery of the physical universe got more difficult to solve, but the news didn’t rock the world above the Heisenberg cut. Humpty-Dumpty might have taken another great fall, but it won’t stop the planes taking off for summer vacation. Physicists are left to worry about what’s the matter with matter, and most of them don’t bother to, either.

The wobbly status of matter is like a chair whose legs end an inch off the ground. The chair is still standing, but you have no idea how it is supported. Floating chairs are imaginary, but the world beneath the Heisenberg cut forms an invisible support system that no one can explain.

Historians debate whether the Humpty-Dumpty nursery rhythm is referring to just an egg—the nursery rhyme doesn’t say what he is—or instead stands for the collapse of a monarch (perhaps Charles I, who was beheaded in 1649) who fell, and thereby caused a seismic change that could not be reversed. Likewise, matter cannot be returned to its original status. There is no physical basis for the physical universe. Relying on mathematical space and ripples in the quantum field doesn’t get you anywhere in successfully describing why objects in the everyday world have color, dimension, solidity, specific locations, and interactions using energy.

Without an explanation for how matter got here, everything matter is involved with becomes wobbly, too. Science, if we mean the kind of science that ignores the demolition of matter, has become so sophisticated that it knows what it doesn’t know. The things material science doesn’t know include the following: Why the universe evolves, how brain is related to mind, where life comes from, how complex systems like the human body manage to be self-regulating, how order emerged from the random interactions of elementary particles (and the big bang, which preceded the formation of any particle), and how to define and describe consciousness.

That’s a very long list, and the reason it is long has to do with another arbitrary dividing line like the Heisenberg cut, except that this line divides the human world from the material world. You can spend a lifetime basing your notion of reality on materialism and thingness, which is what science basically does. Or you can inhabit the human world, which is totally dependent upon experiences that arise in consciousness.

So far, it’s been a case of never the twain shall meet. Scientists know everything through experience, just like the rest of us. But by imposing an artificial line between subjectivity and objectivity, they can ignore not just the demolition of matter and the fact that the physical world has no visible support, they can also claim that true knowledge must be based on data, experiments, measurements, and repeatable conclusions.

As models go, this one has given us every remarkable advance in modern technology, along with the deplorable products of technology like the atom bomb and bio-chemical weapons. But the human world, where love, compassion, insight, intuition, creativity, curiosity, intelligence, and self-awareness exist, remains inexplicable. There was never an atom that felt curious or loved, never an elementary particle that wondered where it came from.

This inability to explain the human condition is what’s the matter with matter. Until we accept the invitation to live in a world where things don’t rule, being human will remain the ultimate mystery. Let’s hope the future is a place where this mystery is considered worth solving. It may be the key to whether the planet survives or is despoiled beyond the point where it can be saved.

8 Morning Rituals to Bring About Energy and Peace