When Therapy's Not Enough, Why Energy Work May Be The Answer 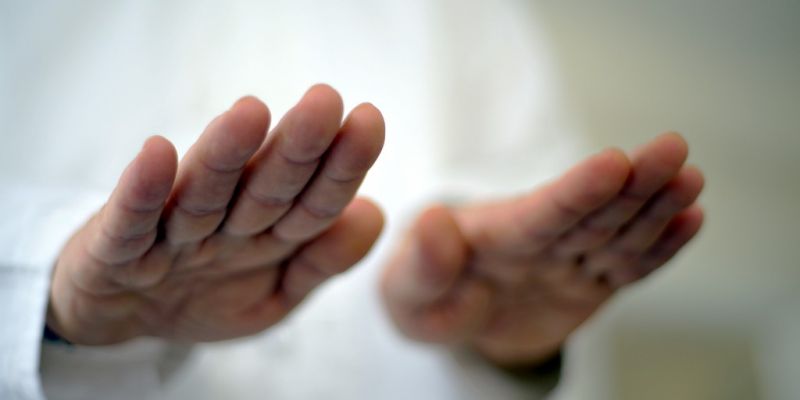 Phillip walked into my office with his wife, his head down.

Phillip continued his reclusive demeanor, hunching down in the chair, his arm and legs crossed. He darted a glance in my direction and then hugged himself a little tighter. He was nervous and ashamed of being there. Another therapist. Please, not another one.

His wife patted him on the leg. “This is hard for him. He doesn’t like to talk about what happened. But it affects him every day. It’s affecting us. He’s not the same since he’s been back.”

I sat for a moment and just smiled at Phillip while his wife opened her purse and pulled out a Ziplock bag of medication. “This is everything they have him on. I don’t think any of it really helps.” I could hear the desperation in her voice.

This only made Phillip sink deeper into his chair.

I felt for this man. He had been in the war in Afghanistan and experienced extreme trauma. The jeep he was in was struck by an IED, an improvised explosive device. He was injured and two of his friends died right before his eyes.

He suffered from night terrors and sleepwalking, so much so that they had to install special locks on all the doors so he wouldn’t flee the house at night. He hardly slept and struggled with alcohol addiction and back pain from the IED injury.

He was in therapy, but it was so difficult for him to talk about what happened in Afghanistan that progress was at a standstill.

His wife had brought him to me as a last-ditch effort to help him. She was surprised that he agreed to come, but I knew what to say to her to get him to agree.

“He doesn’t have to talk about what happened for me to help him.”

You see, I’m not a therapist at all. I’m an intuitive healer. Since I work with people on an energetic level, talking is never required. By Phillip simply showing up and giving me permission, he could get help.

Traumas impact us in a myriad of ways. For extreme circumstances like Phillip’s, the brain has difficulty processing what happened because there is a separation of the event from the ability to describe it. When this phenomenon is combined with the fact that what happened was so horrific, talking about it is nearly impossible. This reduces the effectiveness of talk therapy dramatically. It’s just too traumatic to touch.

This was the case with Phillip. As I looked at his energy system, I could see the traumatic event playing out like a movie in a loop over and over again. Time after time, he would watch his friends die, holding them in his arms as the world exploded around them. His emotions were a whirlwind: confusion, despair, grief, and rage coursed through him constantly.

When I looked at his energy system his aura was severely torn, and his chakras looked as if someone had blown them apart. They were leaking energy all over the place and he was full of energetic infection, which looked like pools of black tar in various parts of his body.

“Phillip, if I have your permission, I would like to start working with you now.”

He shifted in his chair. “Um, what do I have to do?” He looked terrified.

I smiled. “All you have to do is sit there.” I pointed at his wife. “Just hold her hand and I will start. I’m just going to sit here, too. It’s going to look like I’m not doing anything, but we are slowly going to start working on helping you feel better.”

I started gently unraveling the trauma from his energy system, cleaning out some of the highly charged emotions and some of the infection but taking care not to do too much. When there is that much going on with someone, doing too much energy work can be detrimental, because they must process whatever you start in motion. His session was about seven minutes long.

But during those seven minutes, I watched him change. He went from slumped over and closed off to slowly relaxing, sitting up straighter in his chair and looking around the room.

After the seven minutes was past, he looked at me and we locked eyes.

“Yes. For now. You might have some up and down emotions over the next few days as your body processes this energy. That’s totally normal. Let me know if you have any questions before your next session. How do you feel?”

Phillip stood up and blinked, stretching his back. “My back. Huh. It actually feels a little bit better.”

“How are you otherwise?” I prodded.

“Um, less anxious, I guess. Yeah. I feel like my heart isn’t going so fast.”

After they left, his wife called me from the car saying he was falling apart, sobbing and speaking incoherently. She had never seen him like this. I took that as a good sign. Even that little bit of work we did was destabilizing, but that meant it was working. I told her to leave him alone and just be with him. After they got home, he calmed down and continued to churn for a few days, but it got to be less and less.

A couple of weeks later he reported sleeping some better and only tried to escape the house twice in two weeks versus every night.

After the second session, he started being able to talk about what happened and started to make progress in his talk therapy. Over time, his medications were slowly reduced, and he was able to start working again. While he still has occasional night terrors, the experience is not ruling his life anymore.

Energy work can touch what talk therapy has difficulty touching. By working with the body on an energetic level, the root cause of the trauma is addressed and removed, allowing for a deeper healing to take place. While the event is still remembered, it doesn’t still have the same emotional charge, causing severe disruption in one’s life.

For Phillip, it made all the difference.