Why Math Is Leading Us Deeper into Illusion 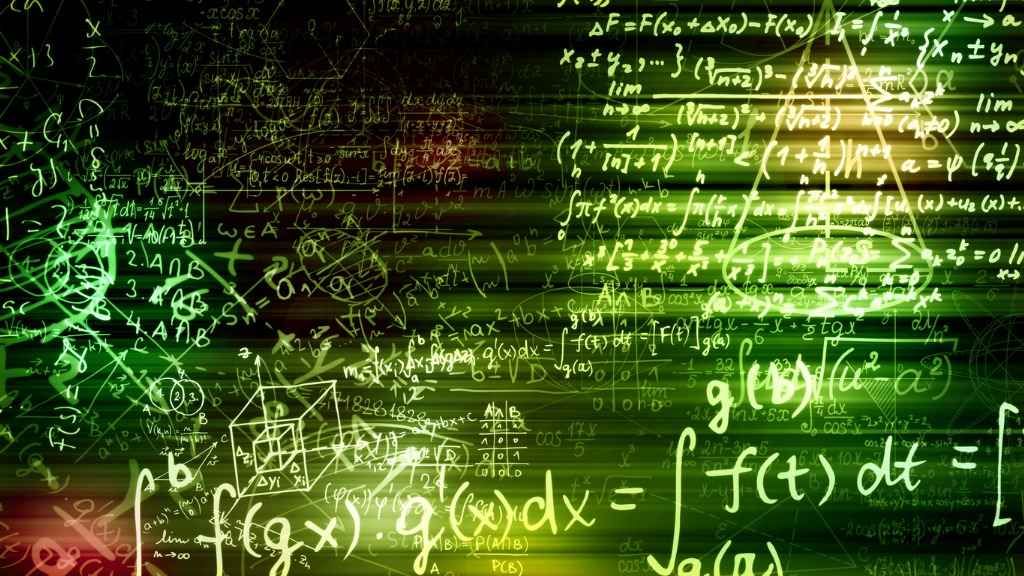 Why Math Is Leading Us Deeper into Illusion

It’s hard to imagine a world without numbers. The square footage of your house, the rent or mortgage payment, the weight you see on your bathroom scale are all examples of lower mathematics, while the GPS that guides your travels, your smartphone, and sending a space probe to Saturn are examples of higher mathematics. Yet the Pyramids and the Parthenon needed only lower math, little more than a few basic equations and the ability to count.

It seems absurd to call numbers a problem; they are too useful in every aspect of life. But if you aspire to go beyond your present state of consciousness, if you want to be happier, to find love, or to know yourself, mathematics is not only useless, it blocks the way. It traps you in an illusion and deepens the illusion in radical ways. Believe it or not, anything you can count, weigh, calculate, or measure is part of an all-embracing illusion—to grasp this fact will put you on the threshold to the “real” reality and your place in it.

I mean illusion in the most common sense of the word, the way a dream is an illusion. Imagine that you are dreaming one night, and inside your dream you can use numbers, measure things, and even pursue science. Obviously the ability to do these things would reassure you of the reality of your dream. But once the bubble is burst and you wake up, all the counting, measuring, and doing science would become instantly irrelevant.

Do you think this example doesn’t apply after you wake up? It does. To burst the bubble of numbers and the illusion they create, here are a few facts about the nature of a basic property of Nature, namely, light.

If not shocked, I hope you are at least surprised to read these facts. What ties them together is one thing, a thing that marks the ultimate and total failure of mathematics: consciousness. Your consciousness gives light its brightness and color, creates images in our mind, and experiences the world as a theater of events in time and space.

For sticklers who believe I am exaggerating the failure of numbers on their own, to explain reality, please see a classic paper on the baffling relationship of math and reality, written by the eminent Princeton physicist Eugene Wigner in 1960 and entitled “The Unreasonable Effectiveness of Mathematics in the Natural Sciences.” Wigner’s argument is dense, but he arrives at the conclusion that without an explanation of consciousness, mathematics has a totally mysterious relationship to reality.

Let’s concede that math can’t explain anything about consciousness. So what? Everyone depends on the world of technology, and the course of civilization has itself depended on mathematics ever since the first architectural measurements were made thousands of years ago using knots evenly spaced on a rope. If all of that is an illusion, welcome to it. That’s how most people would react. As for scientists, who have a deep aversion to “metaphysical” speculations, there’s a famous putdown in science, “Shut up and calculate.”

To get past “So what?” isn’t easy if you refuse to entertain the very notion that the everyday physical world is an illusion. But the existence of solid tangible objects was long ago undermined by quantum physics. If you delve deeply into the fabric of nature, the most basic level, the quantum field, is where “something comes out of nothing.” Mere ripples in the quantum field, arising from the quantum vacuum state, are the basis of the universe. And that’s an enormous clue to escaping the illusion.

There is a convincing argument that these ripples are products of consciousness; in other words, the universe thinks itself into existence. Decades ago the eminent British physicist Sir James Jeans declared that the universe was beginning to look much more like a great thought than a great machine. Mind-like behavior has been spotted in the action of elementary particles. Moreover, if the universe isn’t a product of some sort of cosmic consciousness—indeed, if existence isn’t the same as consciousness—science is totally unable to explain how consciousness came about. There’s no point at which atoms learned to think. Physical explanations for mind are the ultimate apples and oranges mistake.

When Nature created “something out of nothing,” two tracks emerged and separated. One track we call objective—the world “out there” filled with objects and events—and the other track we call subjective—the world “in here” of sensations, images, feelings, and thoughts. We are extremely good at balancing the two worlds. A physicist can measure Higgs bosons and also fall in love.

However, to define reality on either track is an illusion. On the objective side there is chaotic “quantum soup” constantly boiling away, totally separate from our everyday experience. On the other side is perceptual soup, the chaos of personal experiences that fill the mind (one can also call this “qualia soup,” using the technical term for the qualities of the five senses, in other words, everything we see, hear, touch, taste, and smell).

Both sides, as long as they are separate, falsify reality, which is why it isn’t absurd to say that numbers draw us deeper into an illusion. We deceive ourselves by assuming that the world “out there” isn’t the same as a dream, while at the same time our inner experiences are solipsistic without an external world. So by simple logic, reality dawns when the subject-object split is healed. Reality is wholeness, and we won’t experience it until we are whole. That will be the topic of the next post. Nothing can replace or substitute for wholeness, and yet this fact has yet to dawn for billions of people.