Why the Greatest Mystery Is You 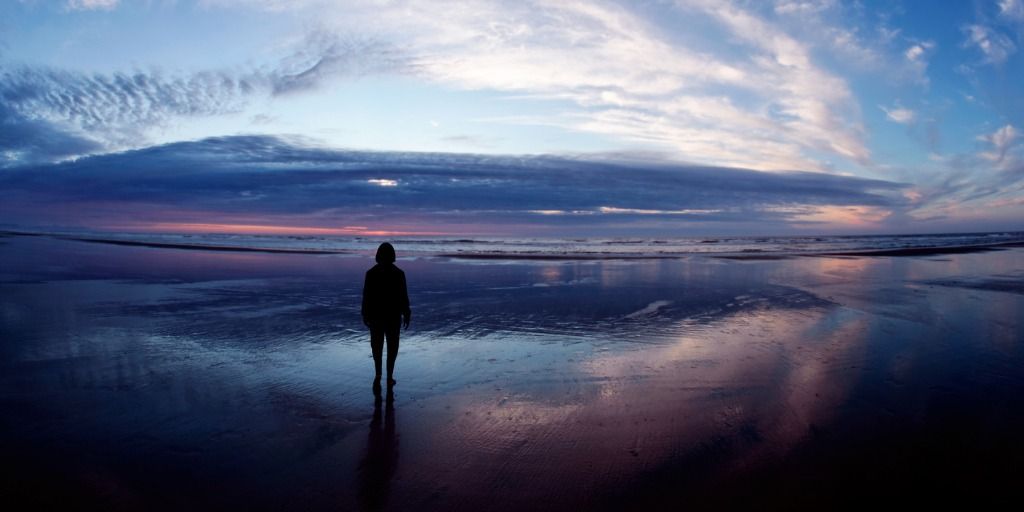 Why the Greatest Mystery Is You

Even though teams of scientists around the world are working on great mysteries, from the origin of the universe to the origin of life, the greatest mystery remains personal, the mystery of the self. So far as we know, human beings are unique in pondering our own existence as selves and also our place in the universe. You would think that this trait is enough to solve the mystery. After all, if I am aware of myself, I should be an expert on how the self operates.

But exactly the opposite is true. No one can say, with any hope of reaching a consensus, even the most basic things about the self. For example, “self” is both a word and a concept, yet no one knows how or when human speech came about, and concepts, which imply thinking, confront us with our ignorance about what a thought actually is. Take the simplest statement about the individual self, “I am.” When you say these two words to yourself, is it really possible that your brain cells know English and possess a voice?

The world’s spiritual traditions can be reframed as explorations into “I am.” Jehovah uses the phrase when he speaks to Moses out of the burning bush, as well as in Psalm 46: “Be still and know that I am God.” Jesus tells his disciples, “I am the way and the truth and the life.” In the ancient Vedas, supreme knowledge is conveyed, mysteriously enough, in the declaration, “I am That.”

The upshot, if we gather these statements together, is that “I am” is a statement beyond what we ordinarily think ourselves as individuals and holds the key to truth, life, existence, and a higher power known as God. The gist of the Upanishads is that all things are done by, for, and because of the self, the foundation of reality. However you parse our different types of scriptural heritage, as a species we have been fascinated and baffled by our own self-awareness.

With self-awareness came an almost immediate sense that the self is divided. Again there are many expressions of this inescapable fact, but they generally play on the notion of opposites. Humans are divine and animal in their nature, capable of the highest good and the worst evil, driven by the conscious and the unconscious. So thoroughly is the divided self embedded in the rise of Homo sapiens that we possess a higher and lower brain, feeling torn between reason and irrational drives for sex, survival, and perhaps love and hate.

No one needs to be told that life as viewed by humans offers no escape from the divided self except one: discover the undivided self. If the self’s division isn’t innate, if it is a human creation, we should be able to go back and regain the earlier, more primal state of being one and whole.

This quest has held importance for centuries, and at some level it unites the Christian search for Heaven, the Buddhist vision of Nirvana, and the Vedic teaching of liberation or enlightenment. Things haven’t changed that much in modern times. Eventually, if you take an interest in psychology, psychotherapy, philosophy, religion, or the vast amorphous domain we call spirituality, you arrive at the self and its mysterious nature. Science cannot solve this mystery for us, although it can provide many clues through neuroscience, for example. But no brain map, however detailed, will ever put us in direct contact with the self, just as the best topographic maps cannot deliver the feeling of grass beneath your feet—the map isn’t the territory, as the saying goes.

What has baffled many explorers of the self, if we lump all of these fields together, is that the answer to the mystery of the self is right before our eyes. Every experience has one thing in common: the sense of the self. No matter what activity you are engaged in, excluding deep dreamless sleep, you have a sense of yourself. This sense has no voice, words, or thoughts to express itself in. “I am” is all there is. Without ‘I am” nothing else can happen, no thought, word, action, or act of imagination.

The reason that “I am” doesn’t seem to offer any answers isn’t just because it stays silent. The bigger reason is that “I am” is the answer. The sense of self in other words is the bottom line of human existence. There is nowhere else to go. The unitary self is inextricably entwined with consciousness and existence and therefore life itself. “I am” as the ultimate answer has little appeal, unfortunately, in the realm of science, which is based on investigating facts, data, and measurements of the physical world. Far from being intrigued by the mystery of the self, science has assiduously avoided the subjective world “in here” and continues to look for self-awareness as a physical function of the brain, or perhaps simply an illusion traceable to the complexity of a hundred billion neurons constantly sending signals in a vast, teeming storm of chemistry and electromagnetism. This is not an absolute statement. Some prominent founders of quantum mechanics, such as Max Planck and Schrödinger, believed in reality beyond what appears to be an external reality.

There’s no use, obviously, in trying to argue with many scientists who still follow a classical physics point of view, which is why the mystery of the self remains, as it has existed for thousands of years, a personal mystery, solved one person at a time. In the historical records we have literally thousands upon thousands of testimonies from explorers of the self, and their declarations about the unitary self—the self that lies beyond the divided self—show many common elements.

In quick summary, here are some of the unitary self’s leading qualities. It is:

Taken altogether, these traits are the enticement for seeking an answer to the ‘myself’ of the self, because at bottom, the self contains all of these traits if we can only get beyond our divided self, with all of its confusion and conflicts. Even in our divided state human beings possess every trait on the list—after all, the unitary self isn’t foreign to us, it is just “I am” when seen directly, without the cloud of beliefs, old conditioning, social training, and ego needs that occupy and dominate everyday life.

Reaching the unitary self—the term “nonduality” has become a popular tag for the same thing—involves an inward journey. Any kind of clarification (e.g., higher education, psychotherapy, philosophy) can serve to penetrate some of the fog that mask the nondual state, but deeper investigations lead to meditation, contemplation, self-reflection, and keeping on the path until enlightenment or awakening is reached. This whole area can be termed personal evolution, and of course it’s not news that our times are rife with interest in this very thing.

We’ve explored the universal extent of self-awareness in our book You Are the Universe, but we’d like to underline one point that will seem exotic. If the unitary self is real and can actually be experienced, deep sleep should form no barrier. Every-present means ever-present. The sense of self should not vanish in sleep just because mental activity and perception of the world “out there” are gone. And so it is fascinating that people who have awakened, in fact continue to experience, quite consciously, a sense of self during deep dreamless sleep. They testify that this is the purest experience of the self, due to the very absence of mental activity.

It’s a fascinating note to end on. “I am” can be secularized, and in our view should be, if it is ever to become the cornerstone of human existence. In terms of higher consciousness, “I am” is the way, the truth, and the life.

You Are the Universe: Discovering Your Cosmic Self and Why It Matters