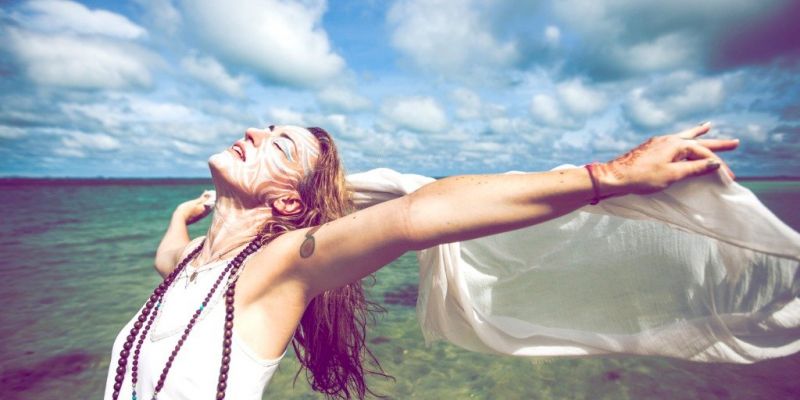 With the decline of organized religion and a decades-old drop in church attendance, people have largely made their spiritual life into something private and personal. The rise of meditation and yoga attests to this. But it is hard to fix your sight on a spiritual goal if you don’t believe in heaven from the Western perspective or enlightenment from the Eastern.

Looking around at the tone of modern life, I think an important goal is worth seizing on: the divine feminine. Being scientific, rational, and technical, secular society seems to have less time for values that Carl Jung would have included in the feminine archetype, that religions cast as goddesses or a motherly figure like the Virgin Mary, and which most of us identify with our mothers growing up.

But at a deeper level, the divine feminine represents certain values that human beings have long cherished.  Half of human nature is represented by the feminine in both sexes, as reflected in the qualities of the ancient Greek and Roman goddesses.

Even though these are innate qualities in the psyche, there are times when feminine values decline, and then the resulting imbalance brings problems.  Global warming is the imbalance that resulted from too much devotion to science, technology, and progress and too little devotion to nurturing the environment. The extinction of species comes about when the human drive to treat Nature exactly as we want obscures the larger picture, which is that we belong in the total scheme of nature, or Mother Nature as tradition called it.

The age of world wars is past us for the moment, but the same thirst for power and authority drives nations, and war is visited on the innocent no matter how many widows and grieving mothers appear on the news. The dreadful Syrian devastation is the rank product of masculine tolerance for utter violent annihilation without check. It would be heartbreaking to continue such a list—simply the fact that the world has lived under nuclear threat for seventy years is evidence enough that life has gone seriously out of balance.

It is up to us individually to look inside and see where we can allow feminine qualities to correct a personal imbalance. The adjectives that apply to the personal feminine are love, affection, forgiveness, compassion, allowing, nurturing, and creative. They need to be present in everyone’s life, whether you are a man or woman, and every child needs to be exposed to them.

As things stand, children hardly have a choice to find the right balance of masculine and feminine in themselves. The two halves are not rivals; One doesn’t succeed by overwhelming the other. Yet this seems to be the ethos children absorb when they look around a see a world that exults in forceful power, domination, flagrant abuse of minority rights, corporate greed without regard for human consequences, violent videos games, and online pornography.

Morality cannot be legislated, and if you tell people they are supporting the wrong values, the most likely result is that they will entrench themselves in those values even more stubbornly. The shift has to begin inside with a sense that something is missing, and that this something is connected to the feminine energy that has been allowed to dwindle almost to the vanishing point.

One now commonly hears the opinion that the world would be better off if women were heads of state instead of men. It’s hard to disagree, but at the very least this country needs more than Nancy Pelosi and Kamala Harris as admired role models. We also need a shift in attitude, as evidenced by the cruelty, unfairness, anti-feminine prejudice, and spite directed at Hilary Clinton in the 2016 election. It would be bad enough if she became a sacrificial lamb in the eyes of history, the victim who showed people how much they needed to wake up and reflect on their appetite for injustice and inequality.

It would be even worse if the 2016 fiasco became the model for treating women candidates in the future. The prevailing notion is that this is a man’s world, and if a woman wants to succeed in it, she deserves all the knocks that would be given to a man. Only a society blind to the value of the divine feminine thinks that way.  Everyone should do everything in good conscience to overturn such an ugly, harsh, unforgiving attitude.