You Can Be The MVP 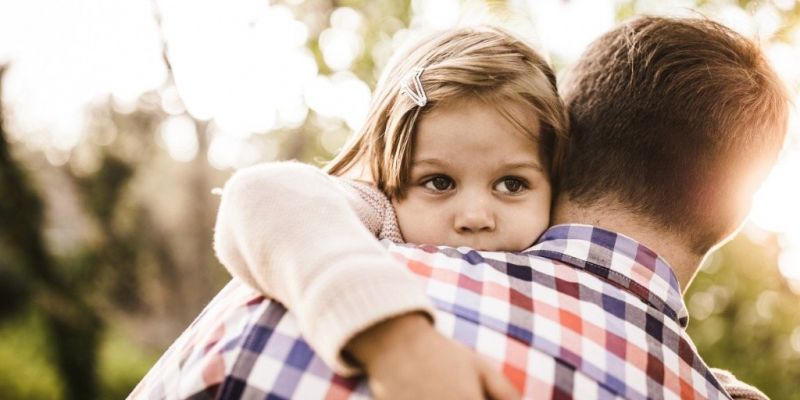 You Can Be The MVP
“The older I get, the smarter my father seems to get." –Tim Russert

Just a few months ago, I was sitting at Kobe Bryant’s memorial service in LA listening to one speaker after the other talk about Bryant’s role as a “girl dad.” My eyes welled up with tears as I listened to them reflect on how his embrace of that moniker had affected how they viewed their own daughters and roles as fathers. In the weeks after the service, it seemed like everywhere I turned, men were proudly owning that title.

I couldn’t help but reflect on my father at that time. He, too, was a “girl dad,” but when I was growing up, being a “girl dad” wasn’t a thing.

Even though I went to an all-girls school, dads weren’t applauded the way they are today for showing up and being present in their daughters’ lives. I say this not to bemoan or complain, but to celebrate this moment and to illustrate how much things can change in one person’s lifetime. I know we have a long way to go before parenting roles are equal, but I think it’s an awesome thing for men to be encouraged in their fathering—not just for their own kids, but for so many others in need of fathers as well.

Studies show dads who are present in their child’s life make a difference. Engaged fathers produce more confident daughters. Evolved, kind fathers show their sons a new way forward. Loving, nurturing, encouraging fathers show their daughters what manhood can look like, and what to expect in a man if she chooses to be with one.

Today, I am in awe when I see fathers pushing strollers, dancing with their daughters or doing their hair, standing with their sons while they cry and telling them it’s ok. I am moved when they proudly tell others that they took paternity leave or stand up and fight for it for others. I’m so happy that we have come to this place.

Look, I know way too many kids still grow up fatherless. I know there is work to be done. I know many men still feel like their primary contribution to the family is that of provider as opposed to MVP (most valuable parent). But progress has been made. It came from men themselves wanting to have different relationships with their kids than their dads had with them. It came from women who asked men to step up more. It came from society extolling those men that did.

I say this as our nation pushes for change in so many areas. I hear many saying that we as a nation haven’t changed at all, but I know that’s not true because I, myself, have lived through so much of it. Every day there is change. Every day we are growing, evolving, and having different life experiences that—if we are open to them—change us. Every conversation I’ve had as of late involves someone saying to me, “I feel different than I did before the pandemic, before the protests, before all of this. I feel different about just about everything. And yes, I'm thinking differently about everything, too."

So, if you are fighting for change in any area, keep fighting, but also be patient as people catch up to you. Yes, change and patience can go together, but throw in some persistence, endurance, and strength. Throw in vulnerability and the ability to listen and love. Throw all that together and you’ll get what it takes to be a father.

That brings me back to my own dad. While my father never called himself a “girl dad,” he did tell this girl the following: “Sweetheart, know that every room you walk into is lucky to have you in it. In fact, it’s better with you in it. Know that you are the smartest, most beautiful girl in every room. Know that you can do anything your brothers can do, and know that I’m the luckiest man in the world to be married to your mother and to be your father.”

He told me lots of other things that are also imprinted on me. So, even though he is no longer on this earth, his words live on in me.

Happy Father’s Day, Daddy. Happy Father’s Day to all the men out there who are trying their very best to be the fathers their daughters need and their sons deserve. May you always remember that your words and your actions will live on long after you do. May you feel celebrated today. May you know that fatherhood is the single greatest job of your life.

May you know that you can be the MVP in your kid’s life or in the life of someone who needs fathering, and so many are.

And finally, never doubt that if you show up loving, kind, caring and strong, you will stand out in every room, and every person there will be better off because you walked into it.

Dear God, as we fight for change, may we exhibit persistence, endurance, and strength, but also vulnerability and the ability to listen and love. Amen.